In the past, many animals lacking arms and legs could only wait to die. Even if they were adopted by well-wishers, they could not walk or eat normally. With the development of prosthetic technology, especially after the emergence of 3D printing technology, many animals can be fitted with custom-made prostheses and live like healthy animals.

This dog is named Naki'o. He was abandoned by his owner since he was a child. In the cold winter,he froze his leg and had to undergo amputation of his limbs. Since then, he can no longer run freely. The owner who adopted it can't bear to see Nakio lose his freedom. Finally, a 3D printed prosthesis was installed for it. Now Naki'o can not only walk freely, but also swim. In fact, there are many cases like this. 3D printing technology has allowed humans to bring new vitality to these disabled animals.

This Indian police horse named Shaktiman broke his leg during a rally and was later fitted with this specially designed prosthesis. Although it cannot gallop like in the past, it can stand or squat on its own.

This young calf named Hero originally lived in Virginia. Two hind legs were frostbited and life-threatening. The animal protector in Houston gave it emergency treatment after learning of the incident. Its two frostbitten hind legs were also intercepted and then put on a prosthesis. 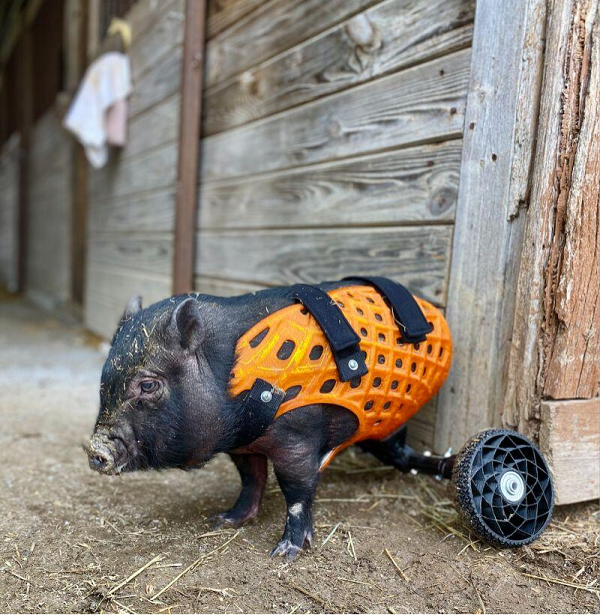 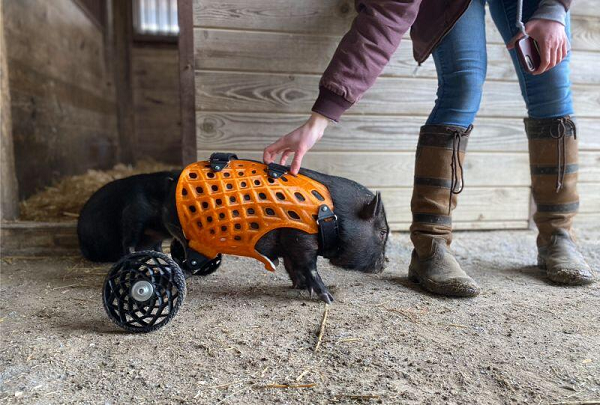 This green sea turtle named Hofesh lost its front legs. The staff of the Israeli Sea Turtle Rescue Center installed an artificial fin on its back. It is said that this idea originated from the tail wing of a U.S. Air Force fighter jet.

Seeing that these disabled animals are returning to their normal lives, Mingda was very excited. This is the charm of the new technology. He hopes that more and more animals can be treated with 3D technology.

Support order samples, customization, wholesale direct, and complete payment. If the product you look for does not have corresponding customized content, pls fill out the form below to contact us, and we will reply ASAP.